Max is the main protagonist of the Rooster Teeth internet series Camp Camp. He is a rude, profane, grumpy little boy with no respect for authority, who is forced to spend his summer at Camp Campbell, against his wishes. Along with his friends, Nikki and Neil, Max is always causing chaos, rebelling against the councilors, and most of all, trying to escape.

Max is a kid around average height with a thin build, fluffy black hair, blueish-green eyes, and tan skin. He often has bags under his eyes. He wears a contrasting blue hoodie with a yellow t-shirt underneath, blue jeans, and red shoes with white stripes and black laces.

Max is an angry, jaded ten-year-old who is extremely pessimistic and seems to despise a wide variety of things, including, but not limited to, all of the amenities of Camp Campbell and David.

Particularly in the first couple of seasons, Max has gone out of his way to cause trouble, such as building a Rube Goldberg machine in the episode "Mascot, creating a gambling ring in "Quest to Sleepy Peak Peak", and breaking the rules by dealing candy in "The Candy Kingpin". He has also actively trying to escape camp in the pilot and in "Scout's Dishonor".

He enjoys snuffing out the joy of other people, such as wanting Gwen to break up with her boyfriend in "Something Fishy" because he likes her more when she is unhappy, reading aloud and mocking her childhood dreams in "Time Crapsules", and gloating that he finally got David to understand that the world is shitty in "The Order of the Sparrow".

Max has been known to snoop in David and Gwen's personal affairs, such as Gwen's mail drawer in "Gwen Gets a Job", David's desk in "Arrival of the Torso Takers", and the counselors' cabin itself in "The Fun-Raiser". He has asked for David's Social Security Number in exchange for helping him with the behavioral boot camp in the episode "David Gets Hard", used David's credit card in order to pay for his pre-order of 500 cookies in "Bonjour Bonquisha", and has even taken money out of David's wallet and leaving a note that he'd done so in "The Forest".

He has a habit of routinely stealing David's phone for his own personal use, such as messing with his tinder account in "Romeo & Juliet II: Love Resurrected". In "Camp Corp.", Max demands, "Someone give me a cell phone." David's replies with, "I'm pretty sure you stole mine." At the end of the same episode, Max's pocket starts ringing, he then takes out David's phone and hands it to him. David didn't make any demands for his phone back or even scold Max for taking it, so he seems to be acutely aware of the fact that Max often steals it. He has also used said phone to take a picture of the stolen Quartermaster's hook Gwen was hiding in her shorts in "The Fun-Raiser" and taking pictures of the other campers' attempts to be cool in "Ered Gets Her Cool Back".

Max has blackmailed Gwen by threatening to tell David that Gwen is out job hunting in "Gwen Gets a Job", and the crowning example of how effective a schemer and blackmailer he is would be his entire plan and its execution to take back the camp in "Camp Corp." Max himself even stated himself that there's "only one camper at Camp Campbell worse than Nurf, and it's me." In, "Gwen Gets a Job," Gwen has even referred to Max as "Satan" in the same episode.

Max has repeatedly been shown to have excellent sleuthing skills, much like a detective, and has shown to be very good at interrogating other campers and noticing small details, seen in the episode "Who Peed the Lake?". In season 1, he took charge of locating Neil in "Reigny Day", trailed David around and questioned multiple townsfolk about him in "Into Town", and took a "Journey to Spooky Island" to prove the island wasn't haunted and had very thorough and logical explanations for everything. In season 3, he made a thorough investigation into Quartermaster's missing hook in "The Fun-Raiser", went searching for the story of Jasper's death (and David's involvement) in "Dial M For Jasper", and thoroughly (and anxiously) collected information on David's odd behavior in "Arrival of the Torso Takers". The season 4 episode "Who Peed the Lake" was practically a full-on police investigation from start to finish, with him even wearing a deerstalker cap and calling himself the "camp detective." "New Adventure!" also gives him an opportunity to put his skills to use by searching for whoever stole Gwen's "feminine haptic devices", though the actual investigation was performed off-screen.

Max is much more mature than his fellow campers, to the point of which Camp Counselors David and Gwen ask for his assistance regarding difficult issues (such as the torrid romance displayed in "Quartermaster Appreciation Day"). Due to his maturity, Max refuses to participate in childish activities (read: all the camp activities), or at least do as little as humanly possible. Although he says he isn't afraid of anything in "Journey to Spooky Island", he has shown fear on a few occasions like in "Arrival of the Torso Takers" where he shows fear that a horror movie he watched messed with his head and showed discomfort with “David’s” behaviour, even being mocked by Neil for not “being able to tell the difference between fact and fiction due to his lower intellect”, though in general throughout the show he simply doesn't react to scary situations.

Max almost never smiles genuinely, primarily only smirking or sneering usually only after causing some sort of trouble to someone or after making a snide remark.

He's also very intelligent for his age and has repeatedly voiced very insightful and mature opinions on the people around him and how the world works, although they are always colored by pessimism. He has been left scarred by a spell that Harrison cast on him in "Mind Freakers" that made him vomit up random magical objects, and has stated that the reveal that ghosts are real has turned his entire worldview upside-down in "Dial M For Jasper". He also acknowledges that the forest attacked the campers in "The Quarter-Moon Convergence", but actively refuses to think about it, lest he be traumatized. Max has a dull and sobered insight on people and the world, maybe from consistent disappointment.

Due to his neglectful parents ("Parents' Day") and the fact that he once stated that he cries himself to sleep in "Into Town", it is reasonable to assume that he has some form of depression. As well as being shown to “grind his teeth in his sleep” ("The Candy Kingpin") as well as keeping a stuffed bear (Mr Honeynuts) who primarily stars in "Gwen Gets a Job" this is usually a sign of anxiety and possible abandonment issues. He has implied he wanted to commit suicide (often painted as a rude remark) in multiple episodes, such as "Journey to Spooky Island" and "Attack of the Nurfs". In an effort to isolate himself from the world, he 3D-printed a sensory deprivation tank in "Attack of the Nurfs". While not necessarily a sign of depression or suicidal tendencies, he does have a particularly strong desire to isolate himself from the world. When one of the Nurf copies opens the door and drains the water from his tank, Max is left laying on the ground saying, "So this is the feeling that drives murderers over the edge." Showing homicidal urges as well though this isn’t much of a surprise. In "Journey to Spooky Island", he is aware of what religious repression is, implying that he has some kind of personal issue (or issues) that he is repressing. He also doesn't believe in the afterlife, cheerfully stating, "When you die, you're faced with eternal nothingness. It's gonna be great."

Despite Max's cold disposition, he does have his moments. He had tried to get David back together with Bonquisha in "Bonjour Bonquisha, and despite his initially misguided efforts, he did ultimately and genuinely try to correct his relationship with Gwen in "Time Crapsules".

Max throughout the series has definitely changed in his personality as well as the way he views life (much to his distaste shown in "Keep the Change") He has made so much character development first mentioned in "Time Crapsules". Despite his frequent attempts to prove people don’t change by the end of the episode "Keep the Change" it’s shown that David has actually changed for the worse while Max has improved as a person. In the later seasons you can tell max is overall happier and more accepting to his life at camp contrasting to his behaviour in the first two season. A big moment of realisation for him was during "Camp Corp." where he realised that he does like his friends and doesn’t want camp to end. As well as saying “‘cause once the time came for us to actually say goodbye I’d have something to lose.” In response to calling Neil and Nikki “temporary friends”

In "Parents' Day", it is confirmed that Max's parents are in fact negligent. Max's file reveals that his parents failed to select a specific camp for him, suggesting that they didn't care what he was there for, only that he was gone. Max's file only includes his first name and age, implying that his parents didn't even care enough to include his last name or any way to be contacted in case of an emergency. Max shows visible distress when seeing the other campers' parents care for them and even begins tearing up when his neglected status is revealed.

At the beginning of "Keep the Change", Nikki and Neil point out that Max's attitude has lightened up a bit since the beginning of the summer, which even David and Gwen agree with. These points shock him, insisting he hasn't changed, that he's still a "cynical rebel" and a "one-man hell raiser", and that people can't and don't change. To prove these points, he spends the rest of the episode, as well as "Cameron Campbell Can't Handle the Truth Serum", trying to undermine Campbell's attempts to better himself. Although Campbell remains mercifully oblivious to these efforts, Max is extremely and repeatedly insistent that personal growth is impossible. Max still remains highly adverse to change in "The Butterfinger Effect", repeatedly rejecting the notion that change can often be positive when faced with his fellow campers' behavior suddenly and drastically skewing. In the end, he admits that he has made some change in his own right, and even recognizes it in the following episode "Time Crapsules". After sincerely feeling bad for (and understanding the consequences of) hurting Gwen's feelings, he realizes that this is due to his own change in personality. None of this would have been openly admitted to in previous seasons. However, he does not make a genuine personal effort to make her feel better (until his apology at the burial ceremony); rather, he blatantly copies David's behavior in several interactions with her, especially in his opening lines of apology. If nothing else, at least he learned something in the way of positivity and conflict-solving skills from David, which is partially what has "rubbed off" on Max that Nikki mentions in the season premiere. The other part is a generally calmer nature and occasional willingness to help (in his own way) such as his unique method of wrangling money in "The Fun-Raiser" and grand master plan to take back the camp in "Camp Corp." By the end of season 4, Max hasn't fully become "a better person" as initially claimed, in that he only wanted to help Gwen for selfish reasons, so he still has more growing to do.

To see the full gallery, go to Max/Gallery. 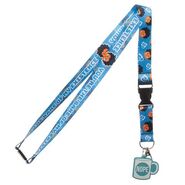