Miles Antony Luna is a co-creator, writer, and voice actor for Camp Camp. He works on other Rooster Teeth productions such as writer, voice actor Felix for Red vs. Blue as well a director from Seasons 11-14, writer and voice actor of Jaune Arc for RWBY, among other roles.

Miles Luna has made frequent guest appearances on both The Rooster Teeth Podcast and On The Spot, occasional appearances on Always Open, The Know, Glitch Please, Heroes & Halfwits, and has even been on an episode of Let's Play entitled: Halo 5: Guardians - Arena Multiplayer

On an episode of Backwardz Compatible in September 2020, his departure from Rooster Teeth was announced. He later tweeted about this on September 23, 2020. [2] He still continues to write for RWBY and provide Jaune's voice, and it is most likely that he will continue providing the voice of David as well. 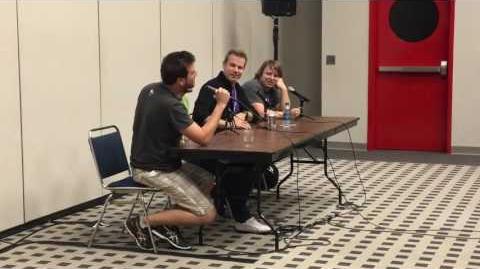