The Quartermaster is the groundskeeper and 'Eternal Custodian' of Camp Campbell. He has been working there ever since David was a camper attending Camp Campbell himself, and probably has been there for many more years beforehand. He is a mysterious old man who helps around with cooking the camp meals, preparing the necessary props for camp activities and drinks poisonous beverages as if they're water.

He has a thick gray mustache and hair, bushy dark gray eyebrows, and wears a tan and white hat, a dark olive green and brown jacket over a red flannel shirt, blue jeans and brown knee high boots. The most striking part of his appearance is his hooked hand. One of his eyes is always closed.

The Quartermaster is a bit of a mystery. He typically remains quiet, which sharply contrasts counselor David's upbeat demeanor. There seems to be no clear explanation as to why he actually works at the camp, since he mostly keeps to himself, and doesn't seem to particularly enjoy being around the kids. As demonstrated in the second episode, he has no qualms about killing animals, even if campers are present. In "Journey to Spooky Island", he is revealed to be a "covert pervert". He warned Max and other campers of the dangers of going to Spooky Island with the intention of hiding the fact that he was having a private sex party there. He also appears to believe in superstition and prophecies, such as a prophecy concerning the gathering of dark magical spirits in the nearby volcano.

Quartermaster also has a habit of referring to the younger male characters as "boy" specifically David and Harrison. He also speaks with a Southern drawl.

Quartermaster has been serving his role at the camp for many years, as he was even a staff member there when David was a wee lad. His years prior to coming to Camp Campbell are a mystery, but there are a few key clues revealed across certain episodes.

In "Quest to Sleepy Peak Peak", the camp is under threat of a volcano erupting, and Quartermaster had assigned Nerris, Harrison, Nikki and Neil to restore the balance of nature. Of course, all the subsequent questing they experienced were shown to the viewer as nothing more than the childrens' overactive imaginations, but Quartermaster does seem genuinely shocked that they goofed off instead of taking his warning seriously. The volcano erupts at the end of the episode with him shrugging it off despite it being "end times". Things are back to normal in the next episode, implying QM did something to stop the volcano, or at least kept the lava away from the camp.

In "The Quarter-Moon Convergence", he and Harrison take part in a space tea party with an The Octopus who addresses Quartermaster as 'Eternal Custodian'. He is serving under some kind of protective intergalactic order, although specifics have yet to be confirmed. Thus it is also implied that he is immortal, as he is shown to frequently and actively work to stop apocalyptic events that happen around the camp. The weird shit he collects in his dorm, such as the bucket of pig's blood he mentioned at the start of the episode, are meant to be preventive and integral measures to stop these events. He even offered to let Harrison take part in stopping the next apocalyptic event, and was yelled at by Harrison to stay away from him and never to involve him in any other activities.

His immortality is later confirmed in "Squirrel Camp", as he is engulfed by squirrels and is believed to be dead. He later rises up from the lake to fight the squirrels, and shortly after being defeated his body is found decapitated. Not only does this confirm Quartermaster's immortality, it also shows he is somehow capable of regenerating beneath the waters of Lake Lilac if he is mortally wounded, allowing his old body to be abandoned in favor of creating a new one when needed. Interestingly, he did not regenerate his left hand, which indicates he may be incapable of doing so. The lake is also where his son Graggle was born (shown in "Something Fishy"), so he has a greater connection to the lake than what it initially seemed.

When asked about how he lost his hand in "Mascot", he murmurs under his breath that it was because of the Jews. Though he did not explicitly state how they did it, it could imply he's an ex-Nazi. However, in "Something Fishy", Quartermaster tells Gwen, "I may only have one hand, but it's been through 3 world wars!", and so it is extremely likely that he lost his hand in one of those wars. As there are only 2 world wars in earth's history, this implies he might've experienced at least one of them on an intergalactic level. In "Campfire Tales" we learn how he obtained his right hand - by stealing it from a soldier whom he indirectly murdered on purpose when he does this he says "this body is coming along nicely". However, because Britain fought against Germany in both World War 1 and World War 2, it is unclear when exactly the story takes place. During his tale, he also mentioned he had 8 wives at the time. It is currently unknown how many he has now, if any.

From the episodes "Escape from Camp Campbell" to "Quartermaster Appreciation Day", his hook was on his right hand instead of his left. After the mess hall was destroyed and Quartersister was relocated to somewhere unknown, the hook has been on his left hand ever since. This is confirmed to not be an animation error, and the hook being swapped from his right to his left at the end of that particular episode has never been explained.

To see the full gallery, go to Quartermaster/Gallery. 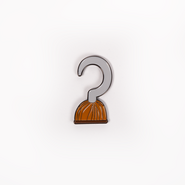 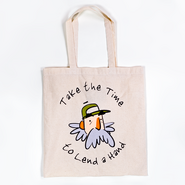