This blog post made belatedly here on the wiki was made to help publicize series news, and to deter misinformation and rumors being published here or elsewhere. Please refer to official sources for latest updates.

Many community members on the wiki and elsewhere have asked where Camp Camp Season 5 is ever since Season 4 concluded in 2019. To address this question and mitigate the spread of misinformation, Camp Camp co-creator Jordan Cwierz had elaborated on the show's whereabouts on his Tumblr back in September 2020. 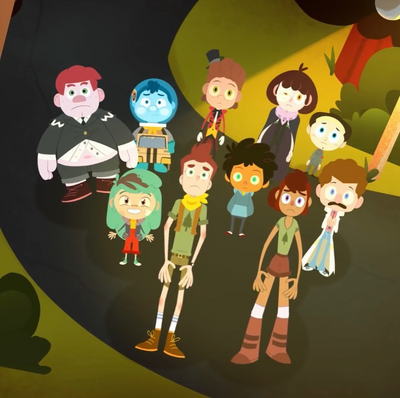 Cwierz's message may be briefed as such: Camp Camp is not canceled, as Rooster Teeth Productions does not outright 'cancel' its original shows. However, the series will no longer be solely produced by Rooster Teeth, meaning they are shopping the series out to potential production partners to help finance the show. It is currently unconfirmed whether or not a partner has been secured, and there has not been any timeframe announced for the premiere of an upcoming season.

Unforunately, that is all there is officially and there is no better news; however, if there is still a community for Camp Camp enjoying the show, discussing, posting fan art, or whatever else– mayhaps the show still has a chance down the line.

Until a Season 5 comes out, Campe Diem!

As of March 5, 2020, there have been no further updates on the production status of Camp Camp Season 5.

Please be wary of any information that suggests Camp Camp is in active development until verified by Camp Camp production staff!

Attempts to intentionally spread misinformation on the wiki may be met with a warning or temporary suspension of posting abilities.
Retrieved from "https://campcamp.fandom.com/wiki/User_blog:The_JoTS/Where_is_Season_5%3F?oldid=23824"
Community content is available under CC-BY-SA unless otherwise noted.
FandomShop Newsletter Paramount+